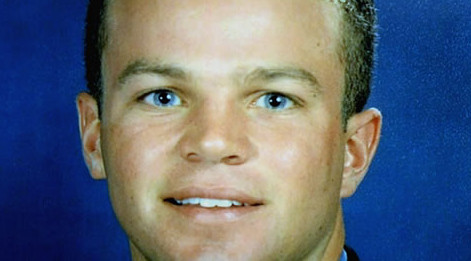 On a summer day in Shoreham, New York, the Kevin Williams Memorial Field is a peaceful place. An American flag ripples as its steel chain clanks against the 40-foot pole. At the base of the pole, worn baseballs seem to grow from the earth, resting among the flowers. On one baseball, there’s a handwritten message: “We Will Never Forget.”

After the pain and grief of Sept. 11 and the weeks of uncertainty that followed, the Williams family wanted to honor Kevin’s memory. So his father, Mike, mother, Pat, brother, Jamie, and sister, Kelly, turned to the sport that had given their family great joy: baseball.

Kevin played golf, basketball, and baseball in high school.  In his senior year, he was MVP of all three teams. He used to joke with his fiancée that if he hadn’t gone to college on a golf scholarship, he “could’ve given Derek Jeter a run for his money.” He was a huge Yankees fan and would often meet his dad at the Bat, a seven-story boiler stack just outside Yankee Stadium that is decorated to look like a baseball bat and is a popular meeting point before games.

The family created the Kevin Williams Memorial Foundation, which sends children who could not otherwise afford it, to sports camps. The first year, the family raised enough money to send 20 children to camp. This year, says Pat Williams, “we just passed our 600th child.” One child who was sponsored by the foundation is now attending college on a four-year baseball scholarship.

The foundation also raised money to renovate the baseball field (now named the Kevin Williams Memorial Field) at Shoreham-Wading River High School, where Kevin and Jamie both wore number 16. Just past the bleachers, there’s a small memorial garden; at the center of the garden is a bronze plaque honoring Kevin. It was made by the same company that creates the plaques to honor legendary New York Yankees in Monument Park at Yankee Stadium.

If you would like to make a tax-deductible donation to the Foundation, make a secure payment with PayPal.